Well I have to admit we may have the slowest news update around and I’m sure people visiting must think we don’t do anything. But the fact is, we the club have been out there busy taking pictures of all sorts of things.

With this summer being such a scorcher and so many events going on this year, there has been little time to write, but when we do, hopefully it will give an insight onto what the club has being up to.

During July and August our club nights have been held in the big outdoors, consisting of some extremely pleasant photo walks in and around the local area, with Tenterden at the centre. The surrounding countryside has an amazing array of subjects, scenes and history just waiting to be photographed, along with some amazing sunsets often seen across the Romney Marsh, you are guaranteed to walk away with an amazing picture. 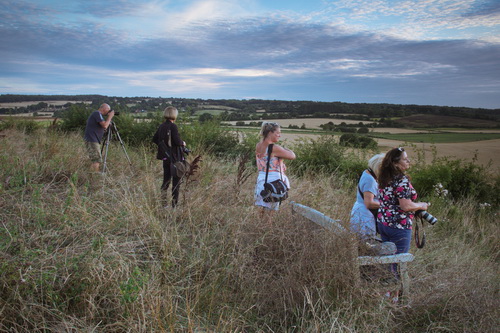 The first summer walk was a trip down to Rye Harbour Nature Reserve, an easy walk with easy access. Rye Harbour Reserve has plenty to offer in the way of subjects to photograph, the shingle wetland and salt marsh habitat is a haven for birds, with numerous hides distributed around there are some great opportunities to get close.

If you don’t have the long lens, then some good atmospheric scenic shots with a hint of sea mist can be caught, along with the setting sun. Of course being a harbour entrance there are the various boats are coming in, some at speed, and so provide a good opportunity & challenge to capture as they return from open water. 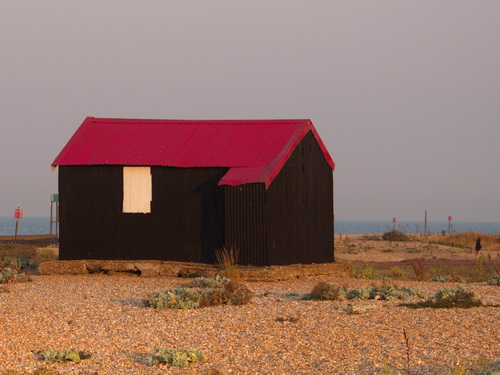 But if you failed to capture the moving or the distant, then there is always the Red Roof Hut situated on the beach which remains perfectly still and is a firm favourite with photographers. The hut is an old fishing hut, age unknown, but was owned by Sophia Honeysett from the 1930s until her death in the 1950s and has appeared in numerous films.

The second summer walk was a gentle stroll up to Chapel Bank, on what use to be the Isle of Ebony, this is a prominent land mark in the area and was the location of St Mary the Virgin church, which is now situated in Reading Street. The church was moved to its current location in 1858.

The old cemetery still remains at the top of the hill, and there is still an annual pilgrimage every September to the original site of the church. Once at the top you’ll be greeted with amazing vistas across the whole of the Romney Marsh in all directions, distance windmills, farms and villages just waiting to fill you viewfinder. 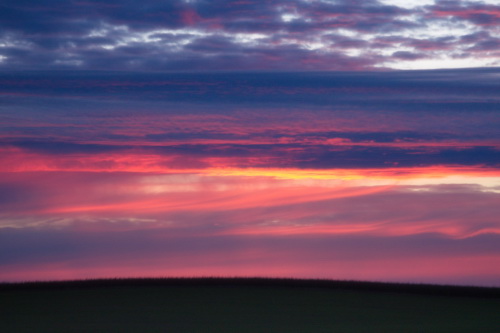 The journey back down is equally rewarding, as the skies change, cloud formations capture the suns deep orange glow as it dips below the horizon. Our walk to Chapel Bank is finished off with a nice refreshing drink and chat in the Ferry Inn.

If you’re interested why not pop along to one of our informal SnapChat evenings at the Vine Inn, Tenterden or come to one of our Club Nights now being held at the Social Hub Tenterden.